I opened the gate of teachers’ room 408 and I found a book More Puzzles to Puzzle You by Shakuntala Devi on the table of Mr. Siva. I had heard a lot about Shakuntala Devi from my teacher in my school days. When I was studying in school, there were no computers in our small town and the cost of a personal computer was around 7000 USD.

I will not write about Wikipedia or any other blog to make it a serious post, rather I will share with you the facts that amazed me then and now.

She was from Banglore, India. Her father was working as a lion tamer, trapeze artist, magician, and tightrope walker in a circus. When her father was teaching her a card trick, he found her ability to memorize numbers. She was around three years old at that time. She had no formal education.

Professor Jensen at the University of California tested her with several tasks like calculating the 7th root of 170,859,375 and cube root of 61,629,875 which she calculated before Jensen could even copy the numbers in his notebook. He mentioned this in 1990 in Intelligence, which was an academic journal.

She calculated (of course in mind) the 23rd root of a 201-digit number in 50 seconds at Southern Methodist University in 1977. Her answer 546,372,891 was confirmed by calculations done at the US Bureau of Standards with the help of the UNIVAC 1101 computer that took a longer time than her. UNIVAC 1101 needed a special computer program to do such a calculation.

She has the credit of writing about homosexuality in India in 1977 when it was a taboo to talk about the topic which is still a taboo in India. She was able to understand the issue because she was also married to a homosexual man.

A film starring Vidya Balan with title Shakuntala Devi was released on 31st July 2020. This film is claimed to be based on Shakuntala Devi. The film is produced by Sony Pictures Networks Productions and streamed worldwide on Amazon Prime Video on 31 July 2020.

She explained many methods to do mental calculations in her book Figuring: The Joy of Numbers.

In next blog post, we will read about another mathematician or Number wizard. 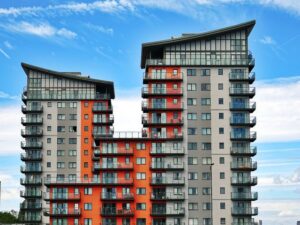